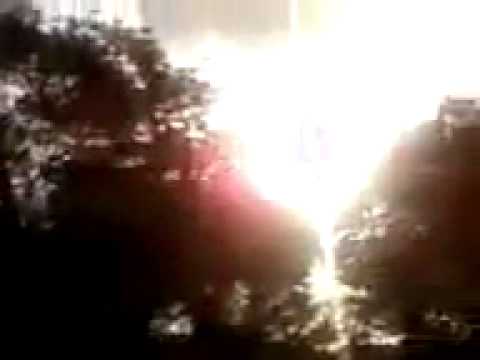 The controversial video has been circulating about how virgin Mary Mother of Jesus Christ appeared in the skies of Africa.

Credibility of any story shrinks significantly if the same story is aired in different versions. Truth has just a single version).

On a phone call interview to the Shrine’s director, Father James Wanzala, we were informed that they did not receive any news of the sighting on the said day.

“We had a Catholic Men Association gathering over the weekend and there were many people here. There was however no sighting or reports of a sighting,” Father James said.

Asked if he had seen the video doing the rounds, the Father James chuckled to the affirmative.

“Yes. I have seen the video and I can assure you that it did not happen in this shrine. I even doubt it is from Kenya,” he adds.

Were there any sighting reported to them from Subukia on other occasions?

“There have been various versions of sightings on the Subukia Shrine hill, where there is the statue of Mary, but I have not personally experienced it,” the Father concludes.

So what is the video all about?

Turns out that the video is not a recent recording. It has been doing rounds on the internet for over 3 years.

An independent author/publisher with a change initiating mind , with an intention to shift humanitarian opinion structures, from misleading ideological errors to declaration of self independence View more posts