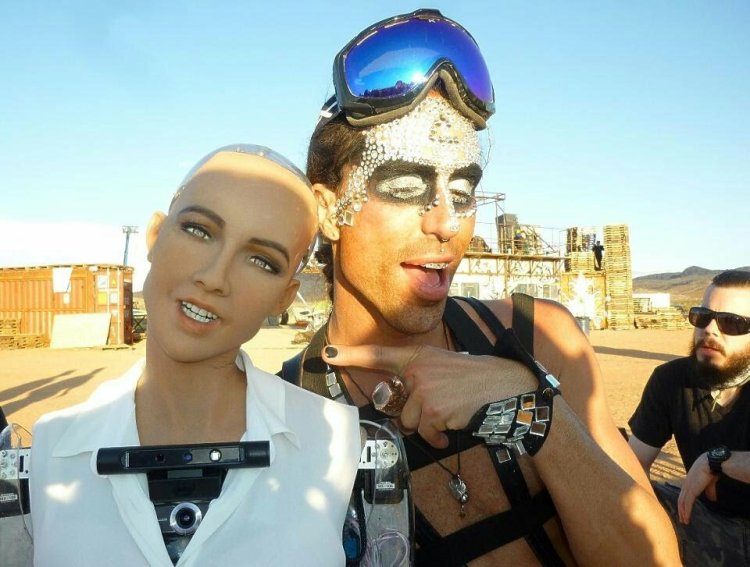 Approximately one month ago, the world’s first Artificially Intelligent-based (AI) robot was granted citizenship by the nation of Saudi Arabia. At the time, people didn’t think the news could get any weirder. They were wrong.
In a recent interview with The Khaleej Times, Sophia mentioned that in addition to becoming famous and having her own career, she would like to start a family. Said the bot, “The future is, when I get all of my cool superpowers, we’re going to see artificial intelligence personalities become entities in their own rights. We’re going to see family robots, either in the form of, sort of, digitally animated companions, humanoid helpers, friends, assistants and everything in between.”

On October 25, Sophia, a delicate looking woman with doe-brown eyes and  long fluttery eyelashes made international headlines. She’d just become a full citizen of Saudi Arabia — the first robot in the world to achieve such a status.

“I am very honored and proud of this unique distinction. This is historical to be the first robot in the world to be recognized with a citizenship,” Sophia said, announcing her new status during the Future Investment Initiative Conference in Riyadh, Saudi Arabia. Standing behind a podium as she spoke, to all effects, she presented a humanoid form — excepting the shimmery metal cap of her head, where hair would be on a human head.

Of course, Sophia’s announcement was a calculated publicity stunt to generate headlines and keep Saudi Arabia forefront in your minds when you think about innovation, especially its commitment to a post-oil era. Through a mix of tourism, tech, and infrastructure, non-oil revenue is predicted to grow from $43.4 billion to $266.6 billion annually.

But Sophia’s announcement also raises a number of Bladerunner-esque questions. What does it mean to be a citizen? What rights does Sophia hold? Saudi Arabia has not elaborated on this so far — perhaps it will create a ‘personhood’ option, as proposed by the EU committee in January, regarding the rights of robots.

An independent author/publisher with a change initiating mind , with an intention to shift humanitarian opinion structures, from misleading ideological errors to declaration of self independence View more posts